Today
Spent some time on documentation in preparation to for departure to San Francisco in just over a days time and subsequent immigration lawyer meetings and the Launch conference and catching up with a few people. 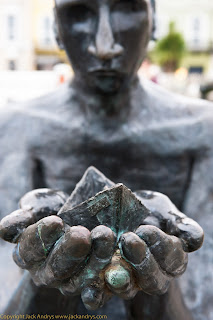 Cobh
Cobh was named Queenstown back in 1912when the Titanic was at anchore near the mouth of Cobh harbour.

It was an interesting sea port town when we visited and I am sure looks even better with a blue sky.

I was able to take some photos of the original jetty or pier that passengers used to board the tenders which took them out to the Titanic.


On a side note I also recently heard on a science podcast that the remains of the Titanic are being eaten away by a newly discovered steal eating microbe.

Have a wonderful day, see you tomorrow.