Having said that here is the Bureau of Meteorology's  current Remarks for the Cyclone:

" Bianca will be rapidly weakening as it approaches the coast on Sunday. Tides between Jurien Bay and Cape Naturaliste will be higher than normal and are likely to rise above the highest astronomical tide level. There is uncertainty about how fast it will be moving as it approaches the coast and therefore there is some risk that Bianca could still have additional impacts on the South West of WA. People should prepare for:
. COASTAL EROSION and FLOODING OF LOW LYING COASTAL AREAS
. ROUGH SEAS and DANGEROUS SURF CONDITIONS
. DAMAGING WINDS with gusts to 100 kilometres per hour
. VERY HIGH to SEVERE FIRE DANGERS
. HEAVY RAINFALL south of the cyclone with possible LOCALISED FLOODING."

For Cyclone Bianca's track click here, obviously this link will die after a few days from now.
So in preparation for Cyclone Bianca we thought we would take a drive along the coast and take some before shots of a beach which has been struggling with coastal erosion on a daily basis. The intention is to shoot it again after the Cyclone ether tomorrow or on Monday. The beach is at Waterman (google maps location), and it has had a large amount of sandbags placed in support of the wall towards the road and the restrooms. It is clear that the beach has continued to be eroded as today, as you can see from the photos a large number of the sand bags are exposed, whilst when this work was first completed the bags were covered with sand.
As to cyclones this will be my third. Outside the other one in Perth (Alby, 1978) I was also around in Karratha when one went ashore near Onslow back when I was working as a commercial diver. 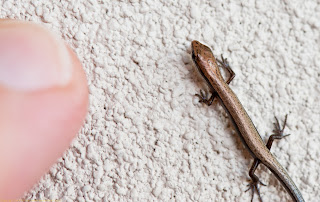 And the last picture today is in reply to Stefanie's comment on my post from yesterday :)
Posted by Jack Andrys at 9:27 AM